I truly believe that networking is key to growing a small business and for driving traffic to your website but for networking to be successful you have to do it well and with the right people. I have had people comment on the success I have through networking a number of times which prompted Chris to suggest that I write a blog post on networking tips. So here it is, my six top networking tips.

The first time I did any business networking it did not go well. I went to a meeting at a local business centre and the room was full of men in suits who talked at me about their business, barely asked me anything and were clearly bemused by the woman wearing jeans in their midst.

This was not the networking group for me.

I didn’t bother networking again for a while but then I made contact with Trudy Simmons who suggested I join her Facebook group called Hampshire Women’s Business Group and that I went along to her networking meetings which she held around the county. So I did and this was a completely different experience. It was easy to talk to the other women, they were on my wavelength and because of this I quickly became known as one of the go to people in the group for websites and membership sites and I’ve also collaborated with a number of women in the group including Trudy.

Being part of this group introduced me to other groups including ONLE which is an international online networking group which I highly recommend and is full of great characters and also Yellow Tuxedo’s online coffee mornings. Both of these are funnily enough run by husband and wife teams. We’re clearly drawn to each other!

I also discovered the Female Entrepreneur Association where I have met so many like minded women and I always come away from their networking sessions feeling really motivated and with some great new connections.

Being consistent is definitely key when it comes to networking and being consistent in more ways than one. Showing up regularly is important. You can meet a lot of people through networking and you only start to stick in their minds if they see you a lot. Some people are great at remembering names and faces and others aren’t so the more they see yours the more likely they are to remember you.

You also need to be consistent with your message and your intro. Be clear on what it is you want to be known for and make sure you’re using the same kind of language to talk about what you do each time so that when someone happens to say to someone else that they need what you do, it instantly triggers a reminder in their brain and they can say, “I know someone who does that!”

Networking Tip 3 – Set time aside to follow up afterwards

Meeting someone during a networking meeting is just the start. To make a proper connection, to be remembered and to be in their mind when they are recommending people for what you do, you need to make effort to build a relationship. So after a meeting take time to connect with them on social media, send a message thanking them for a fab chat, maybe suggest booking in a one to one call to chat further. I especially reach out for one to one calls with people who were at a networking session whose intros interested me but whom I didn’t get to talk to in depth.

I will often follow up with people who seem to have a similar audience or client base to me or who work in the same industry. It’s always good to connect with others who work in your industry because they probably don’t want to work with exactly the same people as you so they could send work your way and sometimes it’s just nice to talk to someone who gets it. Networking isn’t all about making sales, it’s about building relationships and friendships too.

Last week I had a one to one with someone just because we realised from social media comments and the Zoom chat that we have a very similar sense of humour and so a Friday afternoon call with her sounded like a great idea.

The best one to one conversations I’ve had through networking have been the ones that really were just a chat. In the last month alone I’ve had a rant with a graphic designer about Canva which meant I found out about one of his blog posts that I could use as content myself by linking to it as an external link from one of our blog posts (which is good for SEO – little extra tip!).

I’ve heard about the past career of a fellow web guy who used to work in music production with two guys known as The Artful Dodger and a 14 year old called Craig who turned out to be pretty talented. You may have heard of them!

I’ve also started a conversation about a collaboration that will get me in front of a whole new audience of female business owners and met two new web companies who only work with bigger businesses and now know we are here for them to send those with smaller budgets too.

As Bob Hoskins once said, “it’s good to talk,” and you never know where it might lead you.

Networking Tip 5 – Be genuinely helpful to others

The people who shout about what we do the most and bring us the most leads are people we have helped and are grateful to us. Many of them we’ve helped with website related things, but not all.

At one networking meeting I went to I met a woman whose business was all about supporting young people with various issues. I worked in Youth Work and Children’s Services for 10 years and still have a lot of contacts in the field. Throughout that networking meeting, while chatting to her and others I made a list of useful people for her to make contact with and tell them about her service. She was so grateful that every time someone mentioned needing help with their website on Facebook she was tagging me in the comments. I didn’t write that list for that purpose.

I wrote that list because I still have quite a passion for helping young people and that was a way I could do it because I rate what her business does but because I was nice she was nice too and we were both happy!

A lot of the time when you’re networking, people will ask how they can find out more about what you do or how they can get in contact with you. Also the host of online networking will send out a contact sheet of everyone who attended or suggest you pop your details in the chat. When that opportunity arises, I strongly suggest that the thing you share is your website.

If your website is doing what it should, it will have your social links on there if people want to follow you, it will have your email address or another way to contact you on there, it will tell everyone what they need to know about what you do and the more traffic you bring to it by sharing it regularly the better it is for SEO.

Give it a Go

So, if you haven’t tried networking I really recommend you do. If you haven’t done it for a while because you weren’t sure about it, then give it a go again with a different group, maybe one of the ones I mentioned above and make sure you drop my name if they ask where you heard about them 😀

If you’re worried about sharing your website at networking because you’ve got a bit of website shame, then our free resources or our next workshop will help you get it on track. 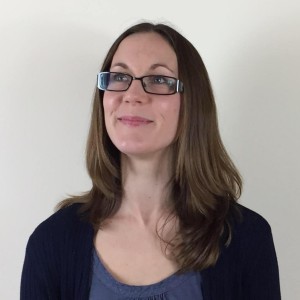