The Power of Saying Yes

“Yes” is also the reason we created a book and this was a yes that took a while to come, from me. Jude’s wanted to write a business book for ages, but I was always resistant, not because I thought we couldn’t do it, but more that no one would want to read about websites.

Then Jude said “yes” to a mastermind which focused on creating and selling a new product and said, “Chris, we’re doing the book” and I said “yes” wholeheartedly this time as I knew with some guidance we could do it.

“Yes” is also the reason we did an impromptu mini launch of our book last week with less than a week to prepare, as the opportunity popped up to piggyback on a local networking event. But in a week we got ready, people paid for tickets, we had books good to go with some goodies included, a pull up banner and a way of passers by paying on the day directly from their phones.

For me, saying “yes” can put me into a state of pure delivery. It doesn’t have to be perfect, but saying “yes” drives you to go outside of your comfort zone to push your boundaries and your potential.

Don’t be afraid to say “no” though. We turn down client projects all the time for various reasons, usually because it isn’t going to be a good fit. Saying “yes” isn’t about blindly saying “yes” to absolutely everything. Most of the time saying “yes” to something is what my Dad would call a “calculated risk” – you don’t know for certain what the outcome will be but you sure as hell know you’ll give it your best effort and it’s a risk worth taking!

Saying “yes” to the book and mini launch has been fantastic. It’s pushed us outside of our comfort zone, we’ve been pushed to learn about self-publishing, Amazon KDP, formatting a book for print and eBook, packaging costs and so many more things. Saying “yes” has been refreshing as well as challenging, it’s put an extra spring in our step.

Take Action and Feel The Power of Saying Yes

So, what are you putting off that you know you should be saying “yes” to? When the next opportunity comes up what are you going to say?

We’d love to hear your saying “yes” success stories, email them in to us or comment below.

And if you want to say “yes” to creating your website, pick up a copy of The Website Handbook, you won’t regret it! 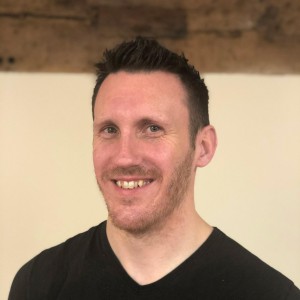 Sales and Landing Pages that Convert

at 1pm BST on Zoom